Once upon a time there was a wooden hut. This housed the “Gewerbliche Leistungs- und Exportschau” (Commercial Trade and Export Show) that attracted people to Düsseldorf from near and far.

What sounds like a fairy tale is in fact a success story: founded on 7 January 1947 trade fair company Nordwestdeutsche Ausstellungsgesellschaft mbH (NOWEA) soon established itself as a permanent exhibition company in the city – and grew from a local hero into a global player: over 70 years later Messe Düsseldorf is one of the world’s 10 strongest trade fair organisers in terms of turnover and is represented as an internationally operating company in all growth regions of the world. As a partner of industry.

And after every one of the some 150 locally and internationally run events there is also a happy end. For our customers. 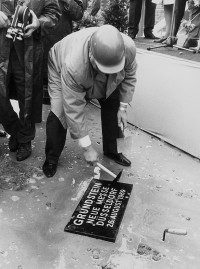