Atmosphere of trust continues in the market: Messe Düsseldorf Japan Ltd has been a reliable partner for 25 years

CEO Dornscheidt says: “We want to continue developing our events in Japan, move ahead with cooperative ventures and ensure continuity for our custom-ers.” 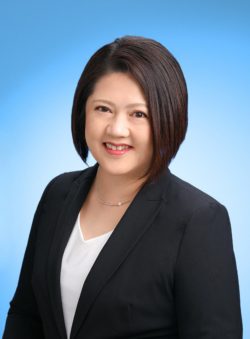 On 1 April 2019 Akiko Ohara (50) will be taking over as General Manager of Messe Düsseldorf Japan Ltd, where she will have the overall strategic and operational responsibility for Messe Düsseldorf’s subsidiary in Tokyo. She will be the first woman at the highest management level of an international subsidiary of Messe Düsseldorf. Ohara is succeeding Dr Andreas Moerke (52), who, after 12 years in Japan, will be called back to a management position at the company’s German home base from 1 August 2019. In Düsseldorf, he will be heading up New Business Development as well as ENERGY STORAGE EUROPE, the leading international trade fair for energy storage, and will therefore also be responsible for analysing and assessing other business areas of the company.

Over the next few years the Japanese subsidiary will focus on representing the head office in Düsseldorf and expanding its events and seeking new formats as well as becoming more international and increasing its market network through partnerships and cooperative ventures. “One point that was important to us in this appointment, is that our subsidiary should continue to be positioned as a reliable partner in the Japanese market and that there should be continuity,” says Werner M. Dornscheidt, Chief Executive Officer of Messe Düsseldorf GmbH. And it’s also important to strengthen any alliances that were concluded in the past, such as the strategic partnership with Japan’s biggest business media group, Nikkei.

Made by Messe Düsseldorf: 25 years of collaboration in a spirit of trust

Messe Düsseldorf has been in the Japanese market since 1984 and has had its own subsidiary in Tokyo since 1994. It provides local support for Japanese exhibitors and trade fair visitors, covering the full range of worldwide events run by the Messe Düsseldorf Group. The company provides its customers with a full range of services and information. “The foundation stone of all business is personal contacts,” says Dornscheidt. The presence and dedication of Messe Düsseldorf staff in Japan have enabled numerous Japanese companies to operate internationally, both in Germany and elsewhere. This is also why Dornscheidt sees Akiko Ohara as the best possible choice. After all she is regarded as a proven trade fair expert in the Japanese market, an outstanding networker who is full of new ideas.

Ms Ohara, who is Japanese, has a degree in sociology and can look back on over 20 years in the Japanese market, where she has gathered some outstanding knowledge in events and trade fairs. Moreover, she has gained insights into a variety of industries, particularly through the Japan Management Association. Having started in 1996, she has worked, for instance, in Human Resources Management, International Corporate Communication/Business Coordination and project management for B2B trade fairs. She has successfully led and moulded Techno-Frontier, the trade fair for electronic parts and devices, the Hotel and Restaurant Show and FOODEX JAPAN, the most important Japanese trade fair for food and beverages.

In 2018 ProWein Düsseldorf – the international trade fair for wines and spirits – acted as a project partner at FOODEX, where it set up a ProWein & Champagne Lounge. This cooperation between the Japan Management Association as the organisers of FOODEX and Messe Düsseldorf as the organisers of ProWein enriched FOODEX, and indeed not only its wine segment. In particular, trade visitors had an opportunity to obtain comprehensive, first-hand information about ProWein in Düsseldorf. At the same time, the involvement with FOODEX gave traditional champagne manufacturers from France a good opportunity to introduce themselves to the Japanese market. Trade fair manager Dornscheidt describes FOODEX as the ideal platform to create and establish specific contacts in Japan, i.e. with importers, distributors, retailers and also representatives of the hotel and catering industry. From 17 to 19 March 2019 the 25th ProWein Düsseldorf had around 7,000 exhibitors from 67 countries and welcomed about 61,500 trade visitors from 142 countries. It has already set up successful satellite events in China and Singapore.

Positive feedback effects for Düsseldorf as a venue

Good relationships in Japan are having a positive impact on Düsseldorf