Corporate strategy continues focused path of globalisation, digitisation and the optimisation of the exhibition centre

Messe Düsseldorf has submitted its final balance sheet figures for the 2017 financial year: Based on the company’s positive results, which Werner M. Dornscheidt, Chief Executive Officer of Messe Düsseldorf GmbH, presented to shareholders and the Supervisory Board at today’s general meeting, the committees decided to distribute EUR 24 million in dividends. 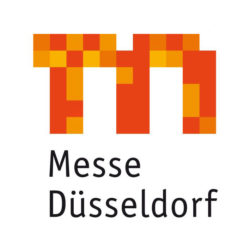 In the 2017 financial year, the revenue of the Group was EUR 367 million (EUR 443 million in 2016) and thus achieved a net income of EUR 37.2 million (2016: EUR 59 million) after tax. “Our 15 per cent return on sales,” says Dornscheidt, “underlines our position as one of the most profitable trade fair companies with their own premises in Europe.”

The head of Messe Düsseldorf was also pleased with the Group’s international business, which had achieved some EUR 70 million in revenue outside Germany. Russia (EUR 33.3 million) and China (EUR 14.8 million) continued to be the most lucrative sales markets. “Thanks to the rigorous strategic expansion of our global portfolio under the umbrella of Düsseldorf’s leading global trade fairs, we’ve increased the international share of our net revenue from 16.5 per cent in 2016 to just over 19 per cent in 2017. Over the next few years we will steadily increase our international sales to 25 per cent,” says Dornscheidt as he outlines the forthcoming direction of the Group.

Following a highly successful year in 2016, with its number one events drupa and K (EUR 407  million), 2017 followed the usual cycle, with a lower revenue figure for Messe Düsseldorf GmbH. The annual revenue of about EUR 340 million in 2017 was around 13 per cent higher than forecast. According to Dornscheidt, this was mainly due to the positive developments of the company’s proprietary events at its Düsseldorf home base, which displayed major increases compared with previous events, both in terms of net exhibition space rental and the numbers of exhibitors and trade visitors. Two events, in particular, that clearly exceeded expectations were the leading global trade fairs interpack and EuroShop. A further positive effect came from a one-off event called Welding and Cutting in the guest event segment.

The GmbH’s net income after tax was just over EUR 50 million (2016: EUR 71 million). A single special effect of EUR 4.5 million resulted from the sale of shares in the Igedo Company. The revenue share of international business, directly realised by the GmbH in 2017, was approx. EUR 34 million (2015: EUR 32 million). Over 70 per cent of this figure came from Russia, India and China.

In total, the Messe Düsseldorf Group implemented 44 proprietary and joint events outside Germany. 66 proprietary and joint events are planned for 2018. Especially in future markets with considerable potential for growth, such as the Middle East and Africa, Messe Düsseldorf will step up its presence with five new international trade fairs this year.

By internationalising its business, the Group is aiming to achieve sustainable growth in its revenue without the fluctuations caused by the calendar of events. “Having a global presence is an indispensable investment for us,” says Dornscheidt, “both for our customers’ benefit – seeing that they operate worldwide – and also to strengthen the number one events at our home base in Düsseldorf.”

The positive feedback effects of Messe Düsseldorf’s international business are substantial for Düsseldorf as a trade fair venue. Averaging an international exhibitors’ share of 72 per cent, the various proprietary events in Düsseldorf in 2017 showed yet that they are unique among the country ’s industrial goods trade fairs. Moreover, a recent IFO study of Messe Düsseldorf’s indirect returns showed that the company’s success was of substantial benefit to the city of Düsseldorf – with EUR 1.29 billion of revenue caused by trade fairs and EUR 30.1 million in taxes.

Dornscheidt is confident that Messe Düsseldorf will increase in its significance as an economic factor, both for Düsseldorf and the surrounding region. It is the declared aim of the Management Board that Messe Düsseldorf should generate EUR 600 million in revenue by 2030. Two indispensable factors stand out as making Messe Düsseldorf and its subsidiary Düsseldorf Congress Sport & Event GmbH so attractive for guest events, for conventions alongside trade fairs and for numerous other events of all sizes: these factors are the increasing internationalism of the companies’ business, on the one hand, and Düsseldorf’s flexible state-of-the-art exhibition, event and convention space, on the other.

Investment in the future: sustainable internationalism, digitisation and optimisation of the exhibition centre

This is why Messe Düsseldorf is continually investing in its exhibition centre. By 2030 EUR 650 million will have flown into the complete modernisation of the centre, money which the company is raising without outside assistance. The core of this modernisation is the redevelopment of the South Entrance and Hall 1, with a total investment of EUR 140 million. Both the completion and the operation of these new facilities are planned for the third quarter of 2019.

Another major strategic target for the next few years is the digital transformation of the company and its events. Messe Düsseldorf is already operating its new Online Order System, which it installed in 2017. Also, since spring 2018, the entire exhibition centre has had a Wi-Fi system with internet access everywhere. As well as developing digital platforms for bookings and visitor registrations, the focus will be above all on services that help to provide an even better experience of trade fairs and which expand the use of digital media. This includes matchmaking tools, location-based information systems and the development of new business models in data-driven marketing.

Outlook for 2018: a weaker year due to the trade fair cycle

Under Messe Düsseldorf’s trade fair cycle, 2018 is relatively weak, and Dornscheidt is expecting a Group revenue of around EUR 272 million. Nevertheless, he feels upbeat about the development of the 2018 financial year so far. Up to this point all proprietary events have recorded increases in exhibition space as well as in visitors’ and exhibitors’ figures. The level of internationalism, too, has been increasing. Summing up, Dornscheidt says: “We see our trade fairs as innovation and information exchanges for global business and research. Also, the expansion of our global portfolio is driving our international activities. In this way we want to minimise any major ups and downs in our revenue development caused by the trade fair cycle, i.e. lots of events one year and not very many in another year.

With a revenue of around EUR 367m in 2017, the Messe Düsseldorf Group maintained its position as one of Germany's most successful trade fair companies. Over 29,000 exhibitors presented their products to 1.34 million trade visitors at events in Düsseldorf this year. In addition, a range of conventions attracted over half a million visitors. About 50 trade fairs were held in Düsseldorf, including 23 number one events in five areas of expertise: machinery, plants and equipment, trade and services, medicine and healthcare, lifestyle and beauty, and also leisure. In addition, there were about 70 proprietary, joint and contracted events outside Germany, demonstrating that the Messe Düsseldorf Group is a leading global platform for export. Messe Düsseldorf GmbH is the trade fair company with the highest level of internationalism in capital goods exhibitions. In 2017 Messe Düsseldorf's proprietary events in machinery, plants and equipment had approx. 74 per cent international exhibitors and attracted 73 per cent trade visitors from other countries. In all, Düsseldorf trade fairs were attended by customers from about 180 countries. The Group runs a global network of sales offices in 139 countries (with 75 international representations) as well as competence centres in 8 countries.